Okay, so I have three completed books and DAW still hasn't given me a pub date, so though I have drafts of everything else, I stopped working on those as a new one gripped me, set in the Time of Daughters, that gets a brief mention in Banner of the Damned and later stories.

I'm going to publish it myself.

It looks like it's dividing in such a way that I could actually publish it in one massive book or novellas (sixty thousand words). If I do the novella thing, they will come out close together.

Assuming you'd have any interest, which format would you prefer?

This past weekend, I finally got my hands (er, virtual hands?) on a copy of the Sasharia En Garde e-book (formerly Once a Princess and Twice a Prince), and my to-do list went out the window in favor of this delightful read. My cheeks hurt from all the smiling and laughing this book induced. Wonderfully rendered characters with complex motivations, tricksy politics and moving family struggles, the threat of Norsunder brimming underneath the surface (resulting in some fun cameos), and so much swashbuckling I walked away despondent that piracy isn't a valid career option. Those battles were a great blend of suspense and fun, and I enjoyed seeing how the tactics and wardrobe of "historical" pirates like Fox, Inda, and the Brotherhood have percolated into Zathdar's own codes of conduct (and fashion choices). I'm continually impressed that no skirmish is the same!

I was curious, Sherwood, what resources or traditions did you draw from as you developed your pirate plots (here, and in the Inda quartet)? All I know about pirate fare is what I absorbed from the 1930s Errol Flynn adaptation of Captain Blood and the (first) Johnny Depp Pirates of the Caribbean film (which clearly drew from the earlier film!). Where would you direct someone interested in learning more about the history of privateering and pirates?

Thanks for such a rollicking adventure! Hope we'll see more of these characters in future stories. :)

So I am on the east coast, finishing up the workshop Viable Paradise. As always, it has been a great week — and a great visit.

I was in New York about 10 days ago, and according to my editorial assistant (who I think will probably become my editor, at least I hope so) the three books will come out in 2018. Of course I am not going to let myself believe that until I see cover art, and a firmer date because I've been through this twice before. But still, I had a great talk with her, and what's more, she really liked A Sword Named Truth.

In the meantime, once in a while when I get the courage, I take a quick peek at the discussion of Inda going on at reddit/fantasy. I am learning a lot about what those readers respond to and what they don't.

My reading has backed up because I became addicted to an intensely wonderful Chinese series called Nirvana in Fire. My connectivity has been awful, and reaching the show means either dealing with YouTube, which not only has many annoying ads, but a bunch of the episodes have the subtitles completely off track, or Viki.com which has the most annoying commercials ever. (Or maybe I'm just not used to commercials as I seldom watch commercial TV, but rely on Netflix.)

I am going to make a post about Nirvana in Fire, but what I want to say now is that it is about loyalty, secret identities, complex politics, unrequited love, and fun characters as well. not to mention ninja powers. the actors are jaw-dropping the beautiful, and all my goodness the clothes! The setting!
Sherwood, I didn't know you had Crown Duel published in Thai? I was ready to submit a review on Goodreads when I noticed CD had an alternate book cover for a Thai translation. I find book covers fascinating from both an artistic and marketing perspective. So I searched on Google and found larger images of the Thai books: 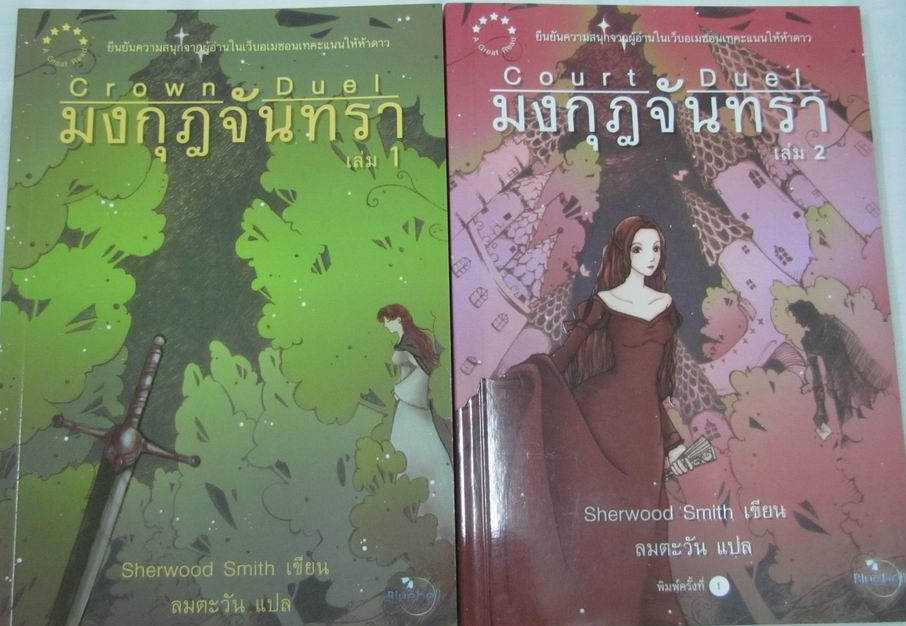 And OMGoodness! Look at the Court Duel cover! So many lovely details. Meliara is so cute and petite and she's holding a fan, with the castle and colorwoods backdrop. What gets me is if you wander your eyes to the right, there lurking in the shadows is a mysterious stranger with a folded letter in his hand! Whoever drew the cover certainly read the book and was probably a huge fan!

Do you have CD published in other languages, Spanish for instance? It would open up a brand new opportunity to reach other audiences with this captivating book.
Hi there! I just finished the ebook edition of Crown Duel and I loved it. It has all the elements of a great fantasy book - action, adventure, world-building, intrigue, and oh yeah, that little romance - which was oh so satisfying! Sherwood, thank you for writing this story and bringing a little piece of joy into my life! This is a book that will go on my shelf and be one of those comfort reads for years to come. I especially enjoyed the Vidanric POVs. What a treat! It's not often we get the heroe's perspective straight from the author (and instead have to resort to listless fanfiction). Those extras really humanized him and made me love his character even more. I had a few questions.


1. What made you decide to write these extras!

2. How did you choose which scenes to write?

3. Will you be writing more scenes from Vidanric's POV in the future?

So the other night I couldn't sleep and I started thinking about the waste-spell and its variants in s-d because you know, what else would I be thinking about. I haven't been around the LJ parts for a while, but now I have some questions so I hope this is okay.

Indelicate questions under the cut:
( Collapse )


tl;dr: While the waste spells certainly provide convenience and protection against disease, I wonder if it has an impact on frequency and speed of diagnosing non-communicable health issues in both humans and animals (and the other races??)

((Also, I'm a little behind on s-d reading. Tragically right now the more I want to read a book, the more I put it off?)) 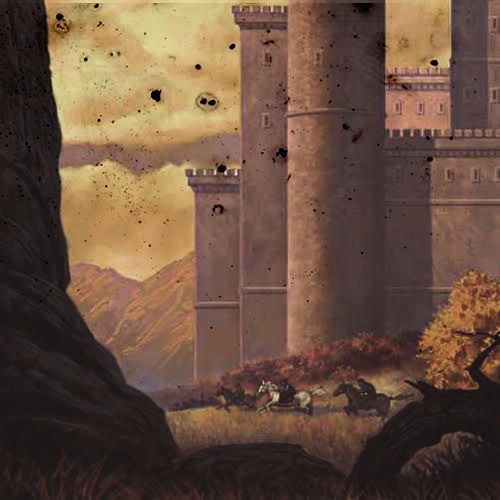 glory / damnation
an INDA fst
(listen) (keep) (share)
a mix for Iasca Leror that was, and Marloven Hess that is; for nine hundred years of children raised for war. 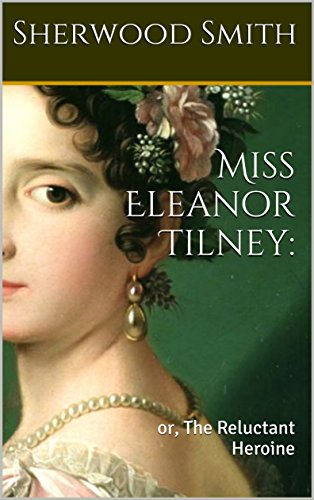 I don't know if anyone reading here likes my Jane Austen novellas, but in case, there is a new one: Miss Eleanor Tilney--I take a character from Northanger Abbey who was little more than a plot device, give her a story, Henry some fleshing out, and look at Catherine through both of their eyes.